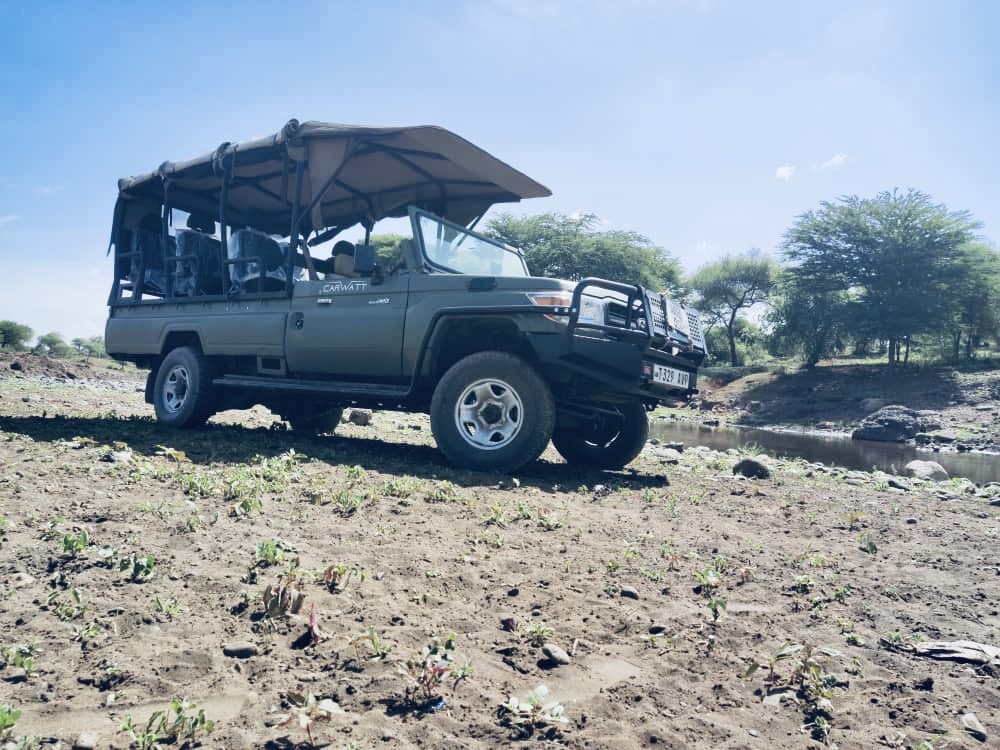 Imagine a remote game lodge, lost in the world’s end, fully ecologically neutral. Electric 4X4 vehicles, solar panels and recyled water management without sacrificing comfort ; and the whole thing at a reasonable cost. This is now possible. Here is an update on various solutions which already exist and will be launched soon in the years or months to come for african lodges… and beyond.

« Green »: a rising trend, an opportunity for Africa

I think that we all agree, except maybe a few people who believe in self-regulation of the planet or a divine intervention. We agree on the fact that the human species, by its strong development, its strong demographic growth also, upsets the great balances of our planet. Nothing new on this and yet the world is changing. Before, ecology was the business of idealists or promoters of degrowth. There is a path that technology can see. That of a modern world, but whose impact on the planet would be less, even, dare we say it, neutral.

Solar panels and electricity storage technology have made great strides in recent years. More efficient and less expensive panels. Batteries to store even more. Tesla is far ahead but the whole world is working on it and improvements happen every day. Also the circular economy, a major specialty of many African countries. Indeed, the African continent harvests products that are no longer useful elsewhere. Among them, cars or even clothes find a second or third life in Africa. The circular economy is also a strong emerging trend. The success of online second-hand sales companies in all fields is growing fast. Let’s take a look at how clean energy combined with the circular economy can revolutionize the car’s use in Africa and start in African lodges.

Electric 4X4 vehicles : It is real now, and economically virtuous

I am not talking about brand new electric vehicle expensively equipped and sold to African lodges. But the use of existing SUVs and 4WDs. By keeping these 4WDs, and removing the thermal engine that equips 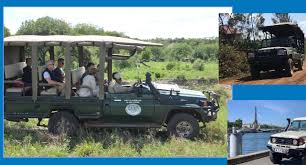 them. The entire engine block can therefore be removed to be replaced by a battery and the whole connectivity. It is possible, it already exists.

Replacing the thermal engine with a battery, removes the cost of oil, the wear and tear of the vehicle to fetch it, but also the wear and tear of the vehicle linked to the clogging linked to the fuel. An electric 4WD therefore becomes silent and economically delete an important cost for lodges. Basically, this solution increases the quality of the safari seen by customers and allows the lodge to make more money or … be cheaper.

There is no real solution yet to recycle automotive batteries. This is a real problem, but researchers are working on it. Electric vehicle consumption is increasing, but in the absence of a recycling solution, there remains one solution, the circular economy. The batteries of vehicles used in Europe or the United States (among others) are generally changed while they remain efficient. They still have 80% of their storage capacity and therefore potentially still have many years of life. Since the manufacturers’ promise can no longer be kept, these batteries are changed. This is where these batteries can start its second life. When installed in a 4WD, it can still be used for years to come with a capacity of 10 hours and a whopping 100 kilometers. Largely sufficient for lodges

and their vehicles. But every month, batteries are getting more and more efficient and the vehicle autonomy is growing fastly.

We therefore have vehicles preserved and not replaced by new vehicles and batteries that live a second life in the heart of the African bush. This solution was developed by the French company Carwatt and installed in Tanzania and anywhere in Eastern and Southern Africa by the company E-motion Africa. They got definitely the best connectivity, technology and conditions. Because batteries are important, but technology is much more important.

Economically, for a lodge, the savings are enormous, the payback fast; a 4WD “safari” costs between $ 80 and $ 100,000. This solution costs only half. And more oil, more oil flow, more wear and tear on the vehicle beyond parts such as tires and other fine details. In oil alone, in 1 or 2 years maximum, the operation can be amortized. Beyond the savings achieved, the quality of safaris is increased tenfold. And the safari then becomes totally consistent with its environment and the impact on wildlife is limited. The experience goes crazy.

What can of energy ?

Sourcing energy is the next question. That’s great to have electric vehicles, but if you power them with petroleum generators or with electricity produced from coal-fired power plants, the virtue of the model is not demonstrated. So we come to solar panels. In many areas, there is a lot of sunshine, especially in the most remote areas. The ideal solution is therefore solar panels. Their prices drop steadily and having a solar power plant is now within the reach of many lodges. These stations make it possible to satisfy the needs for 4WD but also for lodges. Exit the generator or only as a spare solution in case of emergency; and welcome the solar panels. Returning to the lodge after the morning safari, the 4WDs can therefore recharge for the afternoon safari … and in the evening, they will charge overnight with the electricity produced during the day. 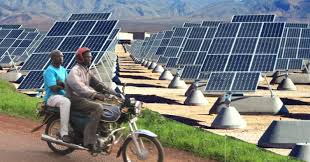 Nothing new under the sun, solar panels are widely established on the continent, but not enough to meet needs. We know that electricity is one of the keys to development. Many countries have invested in hydroelectric power (dams), the environmental impact of which is sometimes questionable, or in coal-fired power stations. While coastal countries could invest in wind power and continental countries in solar. The (relatively) low population density could potentially create gigantic production areas.

Recently, a subsidiary of Total, SunPower, finalized an agreement to build in Prieska (Northern Cape in South Africa), a solar power plant capable of supplying the needs of 75,000 households. This desert region in the center of the country is a perfect example. Burkina Faso has had the largest solar power plant on the continent since the end of 2017, aiming to cover 30% of the country’s electricity needs by 2030. Beyond ecology, green energies such as solar will allow many countries to produce their electricity and no longer to import it at great cost. The same for oil which weighs the accounts of many countries that would need to invest in other items.

There are lots of reasons. The first is that many countries are in development, sometimes very strongly. They must therefore build themselves, rebuild themselves, in short create the future. The number of infrastructures is still low, so sometimes everything has to be created. The import or oil solution was a simple, quick solution, but costly and not very virtuous for the planet, even for the few oil producers.

Yet the continent is one of the least developed and therefore the least polluting regions in the world. But it is also the one that will develop the most in the years to come. It must therefore invent a development model that takes into account nature and its climate to optimize its development. And avoid to make the same silly mistake that the “North” did. The population density is also relatively low, there are non-habitable areas and especially desert areas. These deserts can become treasures and be the allies of development.

But the way to get there is long. South Africa, the country with the most developed infrastructure in sub-Saharan Africa, is still a long way off. Electric vehicles are rare, as is the presence of a charging station. But the future looks bright. Some lodges, rare, have made this choice. I am thinking in particular of the Tanganyika Expeditions lodges which are pioneers in Tanzania on electric 4×4, solar and many other aspects to which we will come back.

When a lodge spends several million dollars to change the color of its curtains, perhaps they will be able, in this future world, to prioritize their investments towards real green, sustainable and … profitable solutions. No need to rough it anymore to have zero impact on the planet … The continent’s development will be green. Illusion and utopian today. But thanks to the innovation of engineers and the advancement of knowledge, thanks to the global consciousness that the planet’s resources are not inexhaustible, the future is already today.